How is the electroplating come to the dog?

In galvanic surface coating, the term "dog bone effect" keeps coming up. How did the electroplating come on the dog and what is behind it?

Decisive for this term is the known form of a dog bone. It is a rod at the ends or edges bead-like structures are visible. In Figure 1 this is shown schematically.

When electroplating certain rules must be observed. This implies that the current always chooses the path of least resistance. This then has an effect on the deposited layer thickness. Thus, the current density is higher at the current-exposed points. These are places like edges, corners protruding areas or points. In contrast, the current density, and thus the layer thickness, is lower in the so-called current shadow areas. These are depressions or even the middle surfaces of a part to be coated.

The current flow is schematically represented by current field lines as in Figure 2. Here, the compression of the currents on the corners of a workpiece (here cathode) and thus the increased current density can be seen. This then results in a higher layer thickness due to increased metal deposition.

The resulting dog bone effect is to be considered in the plating correct design or production of the workpiece to be coated. Especially at corners, edges, angles and tips, it must therefore be ensured that these are executed as far as possible with curves.

The dog bone effect comes into its own in classic galvanization. This concerns tinning, coppering, nickel plating or chrome plating. In the anodic oxidation of aluminium (anodized aluminium) it is typical of the process as well as in the case of chemical nickel plating not relevant. 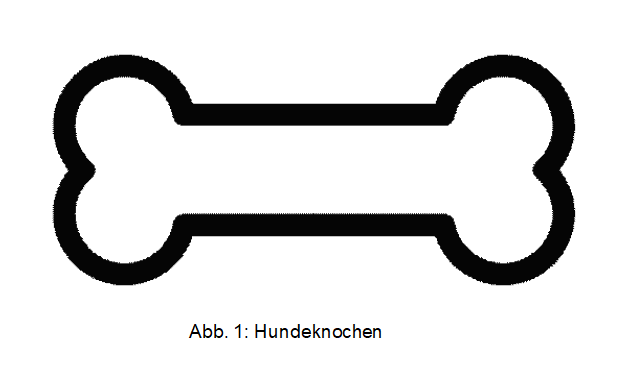 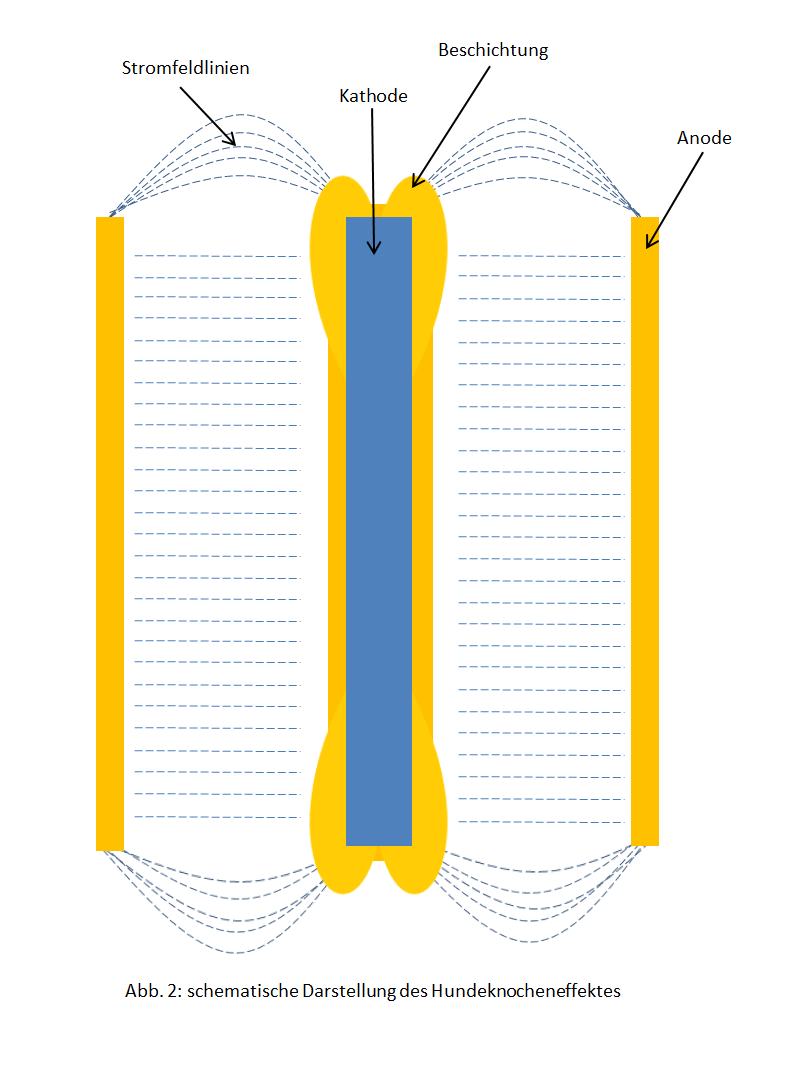 Which questions have you always asked yourself in the area of metal finishing or electroplating?
What would you like to find out about Rieger Metallveredlung? We would be happy to receive your suggested topics and incorporate them into our blog. Simply send us your topic!